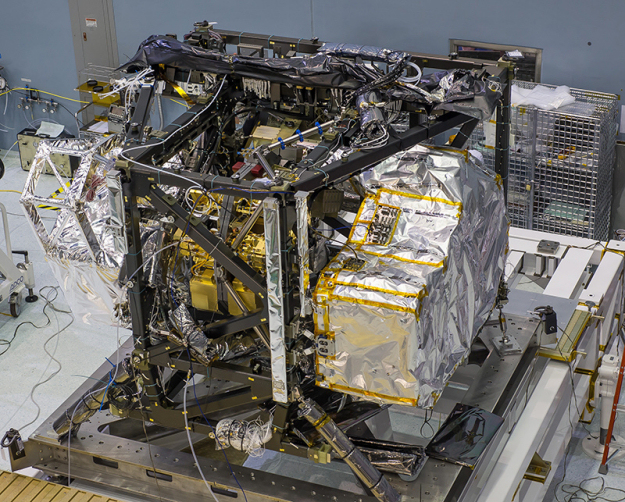 NIRSpec is located on the right-hand side (silver cover with gold tapes); MIRI is located on the left-hand side but is not directly visible because it is enclosed in a thermal shield (silver structure). NIRCam is inside the central structure of ISIM and at the front (gold appearance). Behind NIRCam and partially hidden by it, FGS/NIRISS is visible.

NIRSpec is developed by ESA with Airbus Defence and Space, Germany, as the prime contractor. NIRSpec's Micro Shutter Assembly (MSA) and Focal Plane Assembly (FPA) are provided by NASA. MIRI is being developed as a partnership between Europe and the USA - the main partners are ESA, a consortium of nationally funded European institutes, the Jet Propulsion Laboratory (JPL) and NASA's Goddard Space Flight Center (GSFC). NIRCam is being built by the University of Arizona and Lockheed Martin. The FGS/NIRISS is provided by the Canadian Space Agency.