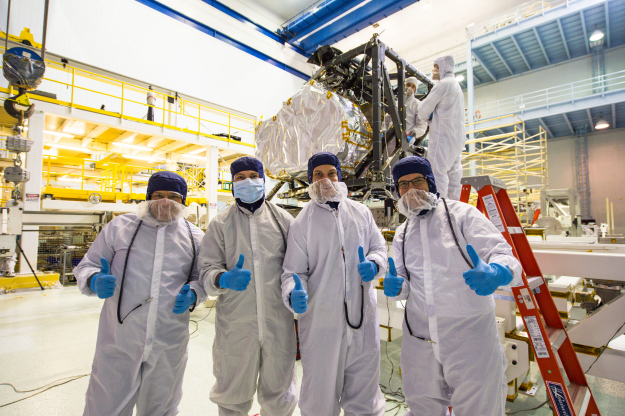 Most of the European team members involved in the integration of the Near InfraRed Spectrograph (NIRSpec) in the Integrated Science Instrument Module (ISIM) are shown in this picture.