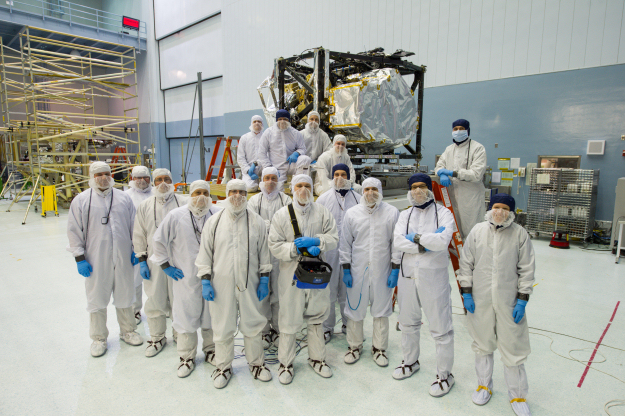 Most of the NASA, ESA and Airbus team members involved in the installation process of the Near InfraRed Spectrograph (NIRSpec) on the Integrated Science Instrument Module (ISIM) are in this group photograph. Those in blue hats are from either ESA or Airbus, those in white hats are from NASA. The black curly cords visible on some of the team members are wrist straps. These are used to avoid any electrical discharge when working with the flight hardware. Everyone working within one metre of the flight hardware is required to wear one.