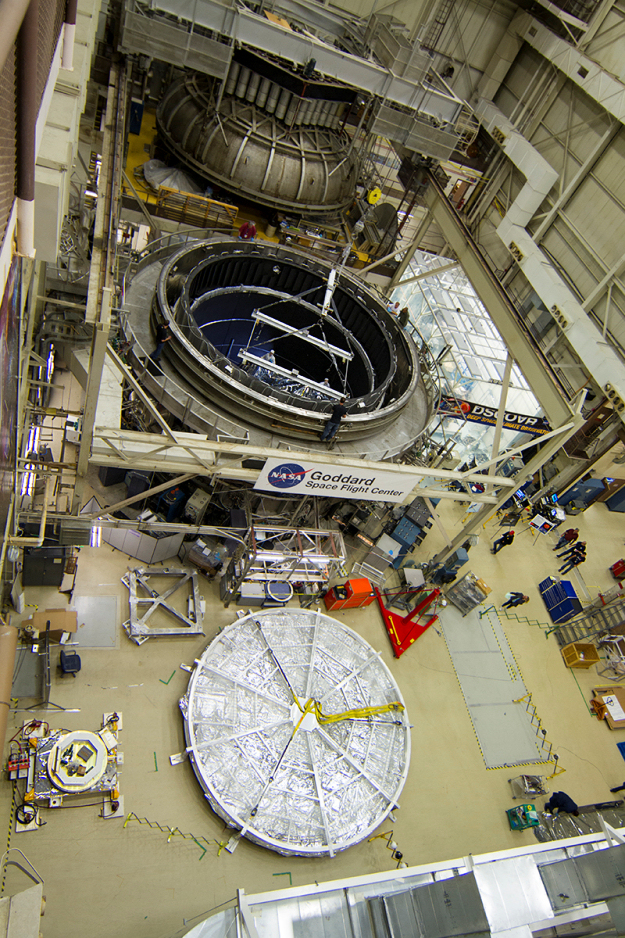 Wide angle view of the Space Environment Simulator (SES) test facility at NASA's Goddard Space Flight Center, where the JWST Integrated Science Instrument Module (ISIM) and the four instruments were tested at cryogenic temperatures. At the centre, ISIM can be seen being lifted out of the cryogenic chamber just after the end of the second ISIM test campaign. The round structure in the foreground is the top of one of the thermal shrouds, while the chamber cover is visible in the background.