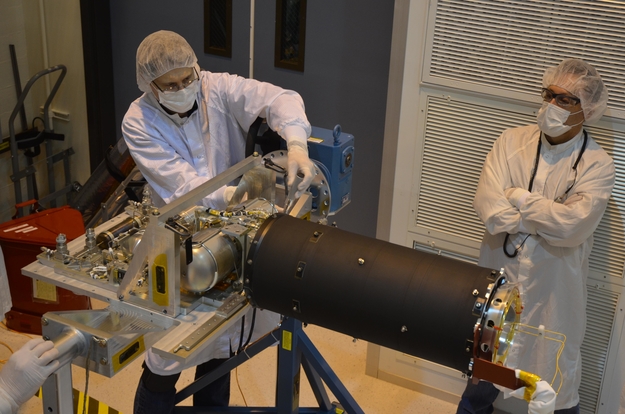 Technicians inspect a component of the cryocooler for the Mid-Infrared Instrument, or MIRI, part of the James Webb Space Telescope. This photo was taken after the cooler had completed testing at NASA's Jet Propulsion Laboratory in Pasadena, California, and was taken out of the test chamber in preparation for being placed into its shipping container.

The cooler was shipped to the Northrop Grumman Aerospace Systems facility in Redondo Beach, California, on 26 May 2016. There, the cooler will be attached to the body of the space telescope.

#10: The observatory is assembled