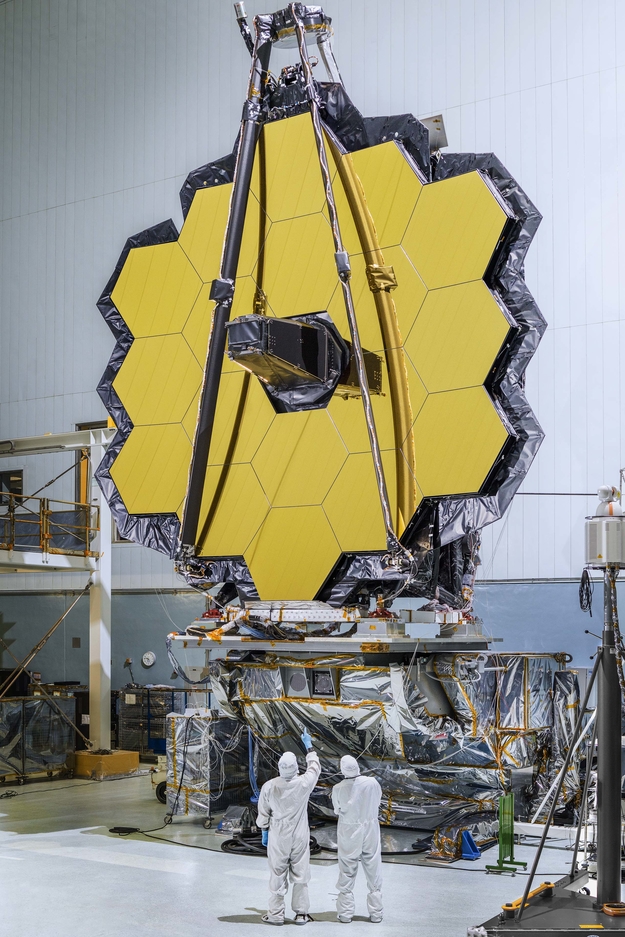 The primary mirror of the James Webb Space Telescope (JWST) consisting of 18 hexagonal mirrors standing in the massive clean room of NASA's Goddard Space Flight Center in Greenbelt, Maryland. The telescope was mounted upright after a centre of curvature test conducted at Goddard. This initial centre of curvature test ensures the integrity and accuracy, and the test will be repeated later to verify those same properties after the structure undergoes launch environment testing.

#11: Preparing for the ride to space