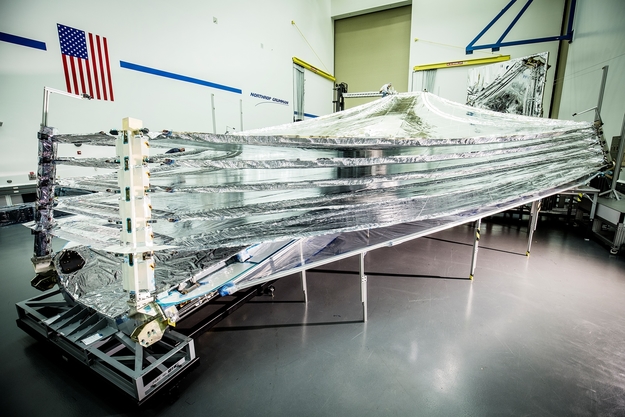 Designed by Northrop Grumman in Redondo Beach, California, JWST's sunshield will prevent the background heat from the Sun from interfering with the telescope's infrared sensors. The five sunshield membrane layers, designed and manufactured by the NeXolve Corporation in Huntsville, Alabama, are each as thin as a human hair. The layers work together to reduce the temperatures between the hot and cold sides of the observatory by approximately 300 degrees Celsius. Each successive layer of the sunshield, made of Kapton, is cooler than the one below.

The fifth and final layer of the flight sunshield was delivered on 29 September 2016 to Northrop Grumman Corporation's Space Park facility in Redondo Beach.

#11: Preparing for the ride to space