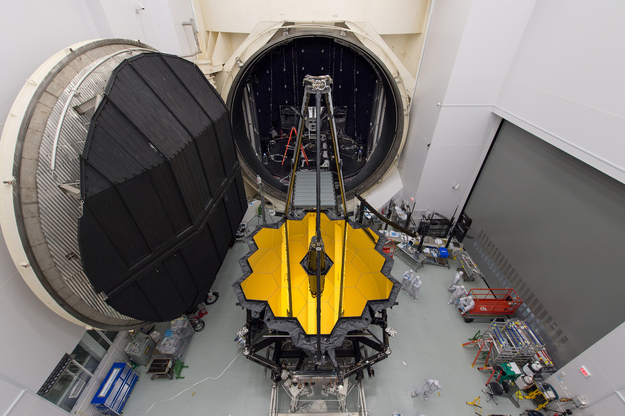 The combined Optical Telescope element / Integrated Science instrument module (OTIS) of the James Webb Space Telescope sits in front of the door to Chamber A, a giant thermal vacuum chamber located at NASA's Johnson Space Center. The OTIS will soon be moved into the chamber, where it will spend a hot Houston summer undergoing tests at sub-freezing cryogenic temperatures. The telescope will operate at an extremely cold 39 K (-234 °C) in space, so during the tests those conditions are simulated on the ground, ensuring the optics and instruments will perform perfectly after launch.