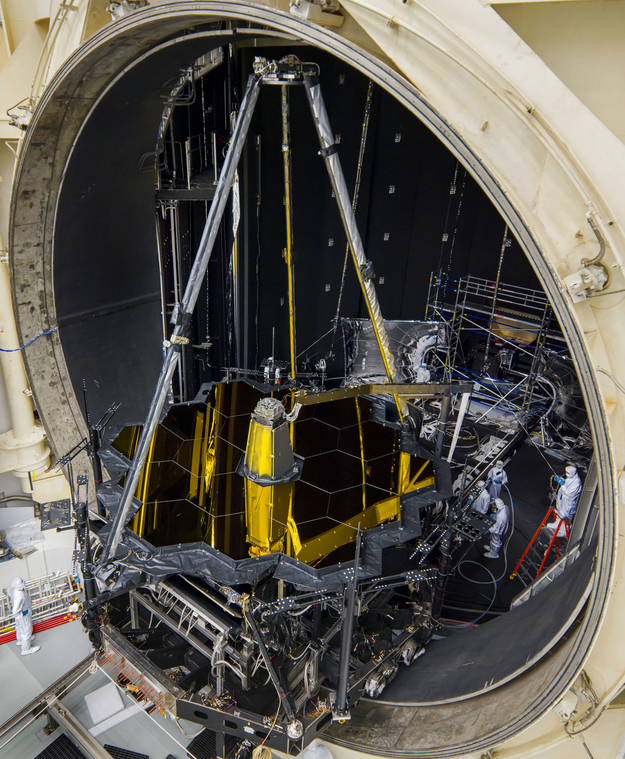 The James Webb Space Telescope is seen being placed in the NASA Johnson Space Center Chamber A on 20 June 2017 to prepare for its final three months of testing in a cryogenic vacuum that mimics temperatures in space.

At the beginning of September, the first optical tests at JSC started. These tests are referred to as 'half-pass' tests, because light from artificial stars mounted in the grey structure (with cables) that can been seen at the centre of the primary mirror only passes through half of the telescope's optics - specifically the tertiary mirror and the fine steering mirror which will be used in orbit to reflect the light around the telescope's focal plane and into the scientific instruments.

(Original caption and image source can be found here.)