Webb emerges from Chamber A

Webb emerges from Chamber A 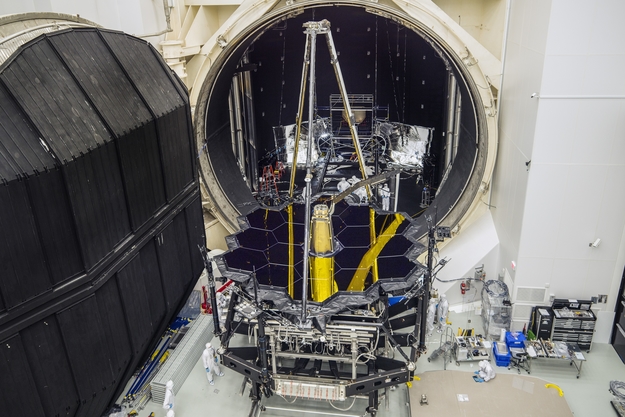 NASA's James Webb Space Telescope emerged from Chamber A at NASA's Johnson Space Center in Houston on 1 December 2017, to prepare for its upcoming move to California.

The telescope's combined science instruments and optical element recently completed about 100 days of cryogenic testing inside Johnson's Chamber A, a massive thermal vacuum testing chamber at the center.