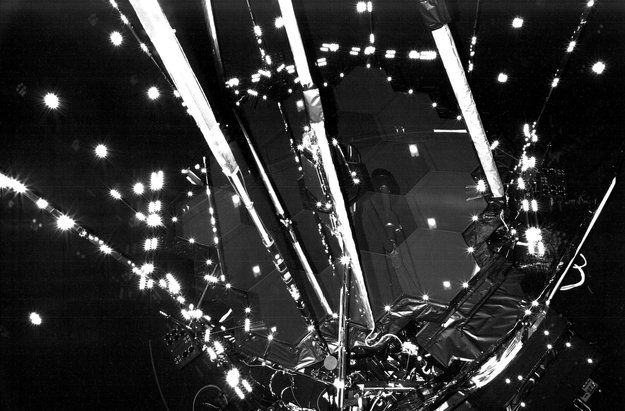 A photogrammetry camera was placed inside the chamber to measure the telescope's alignment and to monitor the effect of extremely cold temperature on the black Kapton® material that is fitted to block unwanted light from behind the telescope. Also visible are the hexagonal primary mirror segments. The bright "stars" shining in this long-exposure photograph are photogrammetry targets that were used to measure extremely precise movements of the telescope as it cooled.