The cargo aircraft that transported the James Webb Space Telescope

The cargo aircraft that transported the James Webb Space Telescope 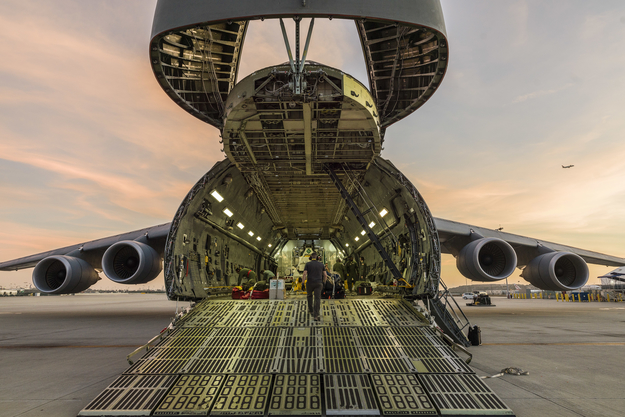 A front view of the U.S. military C-5 Charlie aircraft that carried the James Webb Space Telescope's optical telescope and integrated science instrument module (OTIS) from Houston in Texas to California. The picture, taken at Los Angeles International Airport (LAX) on 2 February 2018, shows the plane's massive, empty, cargo bay after the Space Telescope Transporter for Air, Road, and Sea (STTARS), containing the telescope and instruments, had been unloaded. The plane's nosecone (part of which is visible in the top part of the photograph) lifts up and over the cockpit so that cargo can be loaded or unloaded from the front.