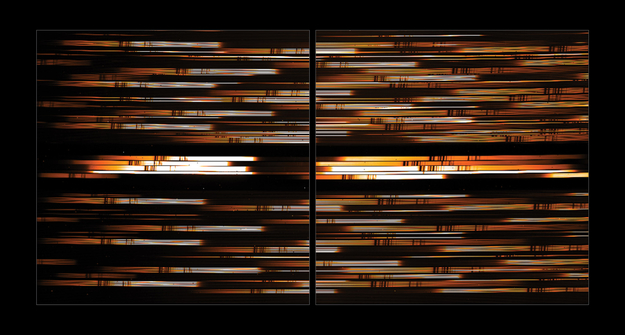 This image was acquired during testing of the James Webb Space Telescope's combined optical and science instrument element (OTIS) while the Near-InfraRed Spectrograph (NIRSpec) instrument was in Multi-Object Spectrographic (MOS) mode. The image shows many individual spectra recorded by the two adjacent NIRSpec detectors. These were obtained by sending commands to open more than 100 micro-shutters on NIRSpec. Illumination was provided using one of the instrument's internal calibration lamps and the light was dispersed by one of NIRSpec high-resolution gratings.