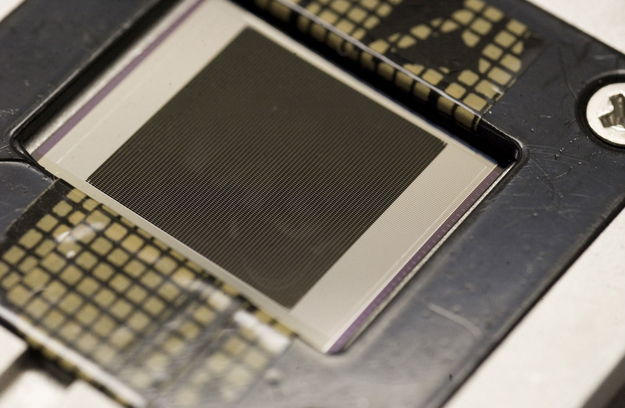 A rear view of an early test model of the microshutters fitted to the James Webb Space Telescope's Near Infrared Spectrograph (NIRSpec) instrument. NIRSpec is designed to record the spectra of light from distant objects. Its specially designed microshutters are like tiny windows with shutters that can all individually be opened. Each measures approximately 100 by 200 microns across, about the width of a human hair.

The Micro Shutter Assembly (MSA) only allows light from selected objects to shine through NIRSpec. All other light, for example from nearby bright objects, is blocked. The MSA gives NIRSpec its multi-object capability that enables astronomers to obtain spectra of more than 100 sources simultaneously.