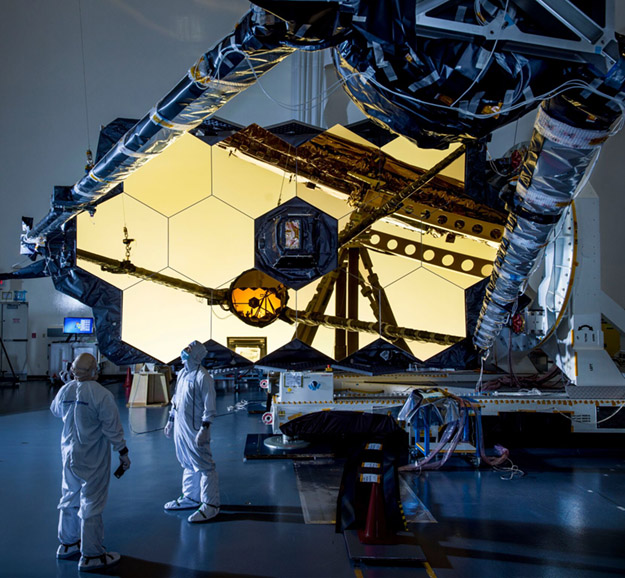 The secondary mirror of the NASA/ESA/CSA James Webb Space Telescope (JWST) – visible from the back in the top right corner of the image – after a successful deployment test at Northrop Grumman Aerospace Systems in Redondo Beach, California.

Folded together with the other observatory components during launch, the secondary mirror will be deployed as part of an intricate choreography that will bring the observatory to life once in space. When deployed, like in this view, it faces Webb’s iconic honeycomb-like pattern of 18 hexagonal, gold-coated primary mirror segments. This primary mirror structure is seen in the middle of the image in its folded configuration, showing only 12 segments, and providing a reflection of the secondary mirror.