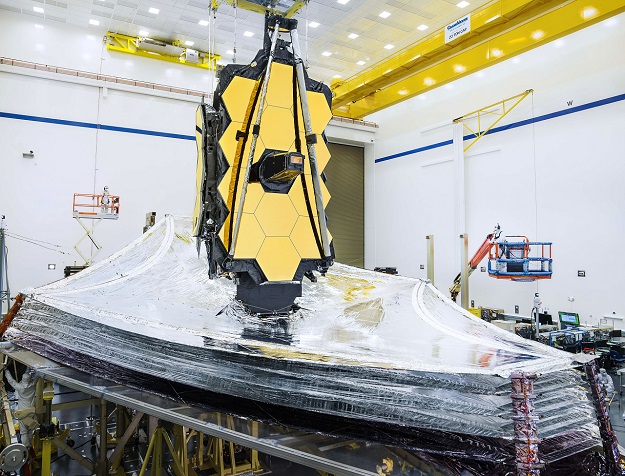 After successfully assembling the entire observatory, technicians and engineers moved on to fully deploy and tension all five layers of its tennis court sized sunshield, which is designed to keep its optics and sensors in the shade and away from interference.