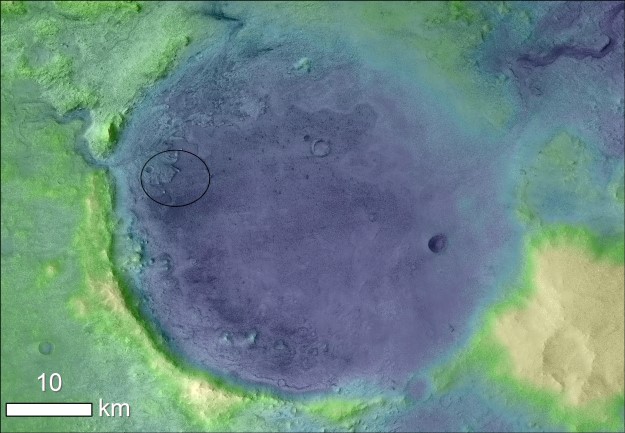 The crater rim stands out clearly in this colour map, making it easier to spot the shoreline of a lake that dried up billions of years ago. The oval indicates the landing ellipse, where the rover will be touching down on Mars. Scientists are interested in studying this shoreline because it may have preserved fossilised microbial life, if any ever formed on Mars.