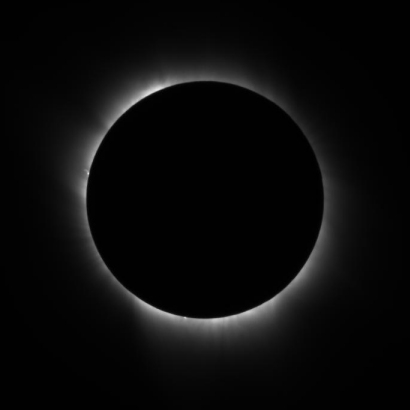 This image of the Sun's corona was obtained by the Williams College Eclipse Expedition to the Greek island of Kastellorizo. Totality at the observing site lasted for 3 minutes from 10:52 to 10:55 UT. Using simultaneous observations from the SOHO instruments, a composite ground-based / SOHO image is created from images obtained by the expedition (See related link "Ground-based/SOHO view of the Eclipse").
View »
27-Sep-2022 20:52 UT

Ground-based/SOHO view of the Eclipse