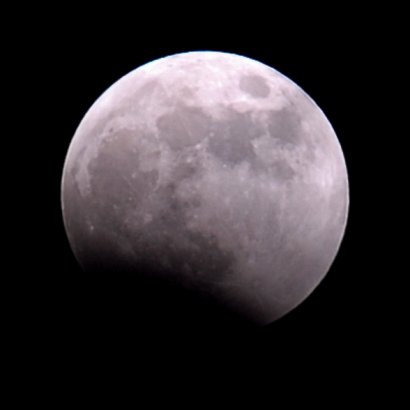 This image of the Moon was taken in the early stages of the total lunar eclipse on 3 March 2007. North on the Moon is to the upper left corner in this view, which shows the Moon's western limb already well within the Earth's shadow.