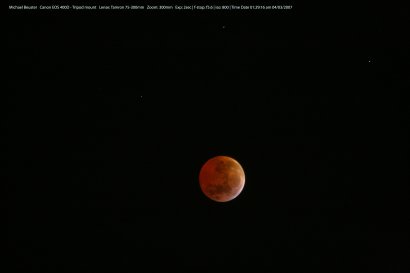 This image of the 3 March 2007 total lunar eclipse was obtained by Michael Büster, using a Canon EOS 400D camera. It shows the Moon during totality, around 23:29 UT (01:29 local time), less than 10 minutes after greatest eclipse.