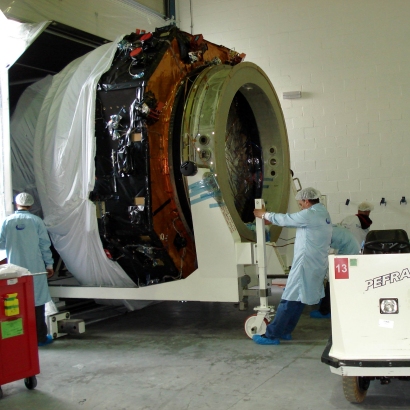 Wednesday, 23 April 2008, the Planck spacecraft arrived at Centre Spatial de Liège (CSL) in Belgium. At the CSL facilities, Planck will go through its final thermal and cryogenic spacecraft system test campaign over the course of several weeks.