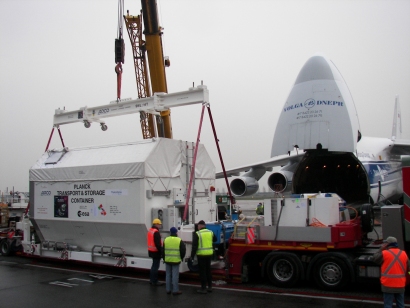 The Planck transport & storage container is unloaded from the Antonov 124 cargo aircraft at the Amsterdam airport, Schiphol. By means of a crane the container with the Planck flight model spacecraft was placed on a truck for subsequent transport to the test facilities at ESTEC, Noordwijk.
View »
18-Jan-2022 03:57 UT