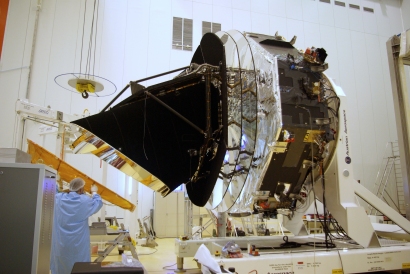 For the payload module alignment measurements, which were performed as part of the spacecraft alignment tests at Centre Spatial Guyanais (CSG), the telescope cover was removed on 26 February. Shortly after, the small FPU cover that protects the HFI feedhorns was also removed in preparation for the final FPU alignment measurement.