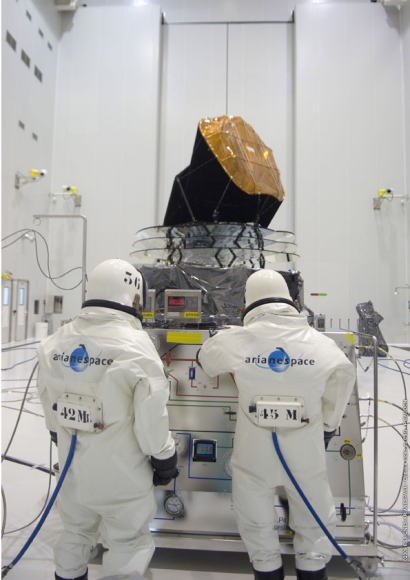 Two specially trained operators in "scape suits" prepared the Planck spacecraft for the fuelling operations in the filling hall of the S5A building at the Centre Spatial Guyanais (CSG).

The fuelling procedure was performed on 15 and 16 April 2009 and filled the spacecraft's fuel tanks with 384 kg of hydrazine propellant.

The mobile panel in front of the operators is part the ground support equipment used to control and to monitor the pumping of the hydrazine from the hydrazine tanks to the spacecraft fuel tanks.

Fuelling of the Planck spacecraft