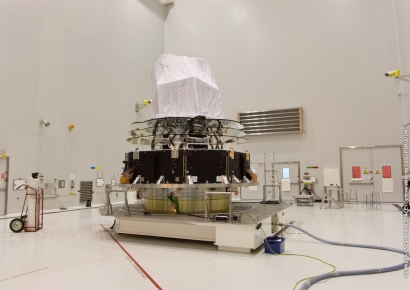 Fully fuelled with hydrazine propellant the Planck spacecraft stands inside the S5A building. Already integrated with the launcher adapter ring and secured on the pallet of the payload transport container (CCU3) the spacecraft is ready to be moved to the final assembly building (BAF) for mating with the Ariane 5 ECA launcher.