Planck encapsulation with the SYLDA 5

Planck encapsulation with the SYLDA 5 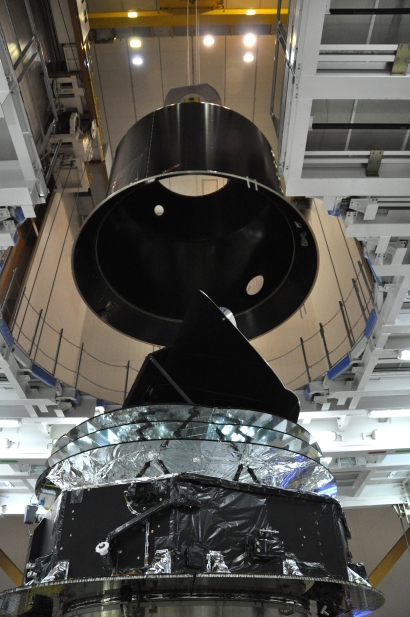 SYLDA 5 stands for Système de Lancement Double Ariane 5, and is a load bearing carbon structure that will be used to carry the Herschel spacecraft on top of the Planck spacecraft during their joint launch.