Artist's impression of the Planck spacecraft

Artist's impression of the Planck spacecraft 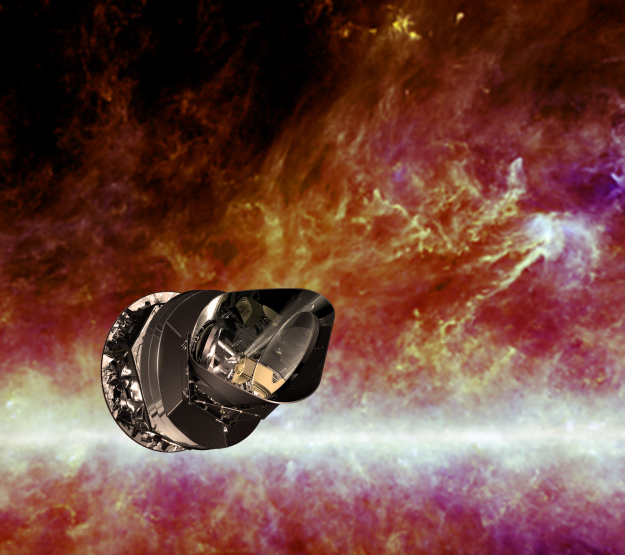 This artist's impression depicts Planck against a background image of the large-scale structure in the Milky Way.

The background image is a three-colour combination constructed from Planck's two highest frequency channels (557 and 857 GHz, corresponding to wavelengths of 540 and 350 micrometres), and an image at the shorter wavelength of 100 micrometres obtained with the Infrared Astronomical Satellite (IRAS). This Planck image was obtained during the first Planck all-sky survey which began in mid-August 2009.