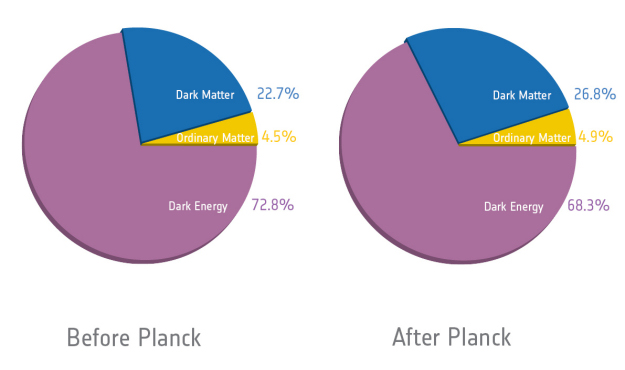 Planck's high-precision cosmic microwave background map has allowed scientists to extract the most refined values yet of the Universe's ingredients. Normal matter that makes up stars and galaxies contributes just 4.9% of the Universe's mass/energy inventory. Dark matter, which is detected indirectly by its gravitational influence on nearby matter, occupies 26.8%, while dark energy, a mysterious force thought to be responsible for accelerating the expansion of the Universe, accounts for 68.3%.

The 'before Planck' figure is based on the WMAP 9-year data release presented by Hinshaw et al., (2012).