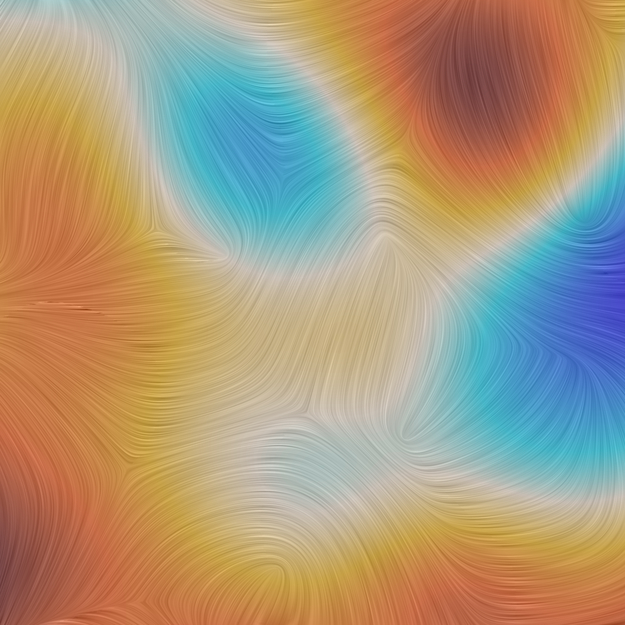 A visualisation of the polarisation of the Cosmic Microwave Background, or CMB, as detected by ESA's Planck satellite on a small patch of the sky measuring 20° across.

In this image, the colour scale represents temperature differences in the CMB, while the texture indicates the direction of the polarised light. The patterns seen in the texture are characteristic of 'E-mode' polarisation, which is the dominant type for the CMB.

For the sake of illustration, both data sets have been filtered to show mostly the signal detected on scales around 5° on the sky. However, fluctuations in both the CMB temperature and polarisation are present and were observed by Planck also on larger as well as smaller angular scales.

Another image of the same sky region and data sets, but filtered to show mostly the signal detected on scales around 20 arcminutes on the sky, is available here.