Planck's view of Centaurus A

Planck's view of Centaurus A 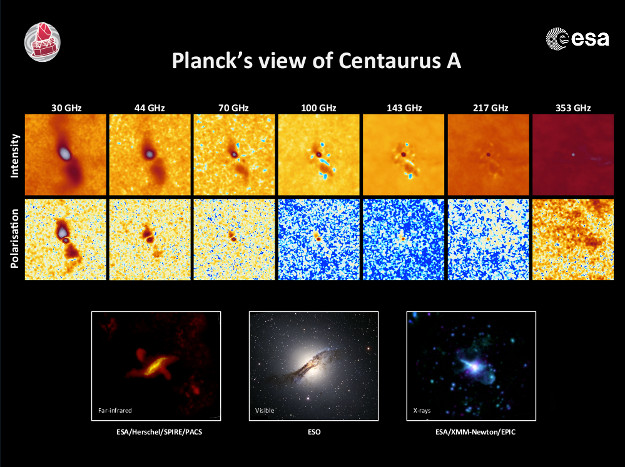 This image shows a detailed view of Centaurus A as seen by Planck.

The object is one of the tens of thousands of compact sources included in the Second Planck Catalogue of Compact Sources and one of several hundred objects in the catalogue that also have polarisation data listed.

The image shows Centaurus A as seen in seven of Planck's nine frequency channels, which in total cover the spectral range 30 GHz to 857 GHz. The seven frequencies included, which range from 30 GHz to 353 GHz, are those covered by Planck’s polarisation sensitive instruments. The image includes a comparison of total intensity data with polarisation data for the object and demonstrates the range of data available from this extensive new catalogue.