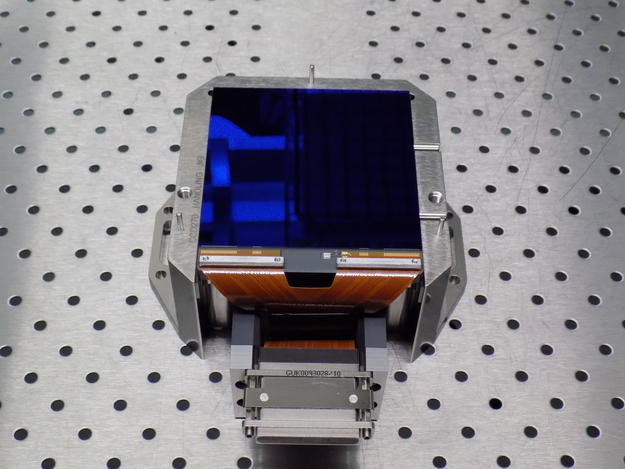 This is one of the 104 CCDs that will fly on the science payload of ESA's PLATO mission.

The CCDs will be a key element of the largest digital combined camera ever flown in space. This camera will receive light from 26 telescopes, all mounted on a single satellite platform.

The large format of the CCDs – approximately 8 cm × 8 cm per detector – will result in a total optically sensitive surface of 0.74 square metres. The detectors will work at a temperature lower than -65°C to maximise their sensitivity.

These CCDs, which are being provided by ESA, are made by Teledyne e2v in the UK.

PLATO, the PLAnetary Transits and Oscillations of stars mission, is an ESA mission dedicated to finding and studying extrasolar planetary systems, with a special emphasis on rocky planets around Sun-like stars and their habitable zone.