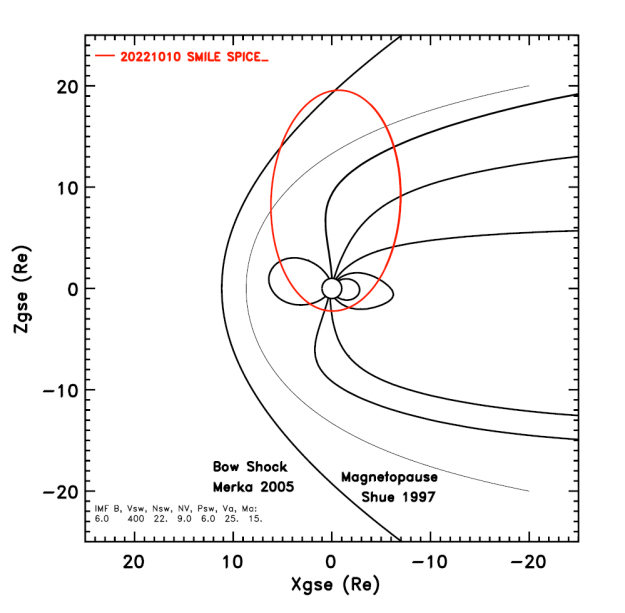 SMILE will operate in a highly elliptical and highly inclined orbit. The orbit takes SMILE a third of the way to the Moon at apogee (20RE or 127 000 km) – two orbits are being considered, depending on the launcher, one with 70° inclination. and the other with 98° inclination. This type of orbit enables SMILE to spend much of its time (about 80%, equivalent to nine months of the year) at high altitude, allowing the spacecraft to collect continuous observations for longer periods of time. This orbit also limits the time spent in the high-radiation Van Allen belts, and in the two toroidal belts.