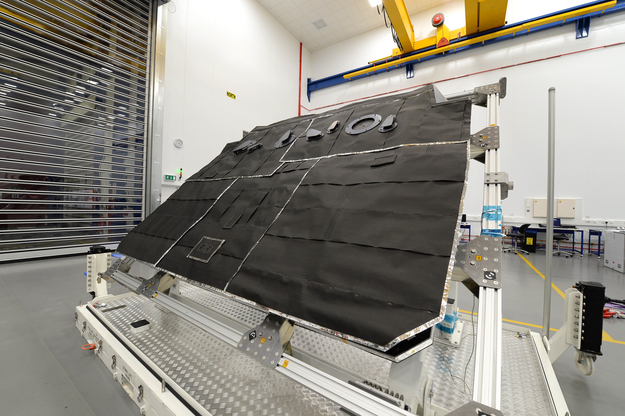 The structural and thermal model of the Solar Orbiter heat shield pictured in March 2015 at the Stevenage premises of prime contractor Airbus Defense and Space.

Solar Orbiter will operate in a highly elliptical orbit and at times will receive almost 13 times more solar energy than we receive on Earth, causing the temperature of its sunward-facing side to soar to 600°C.

To protect the spacecraft and payload, a high-tech heat shield has been designed that is made of several protective layers of titanium, the outer of which is coated with a protective skin called “Solar Black", which has been developed specifically for Solar Orbiter.

Sliding doors on the heat shield cover the feed-throughs of most of the remote-sensing instruments.