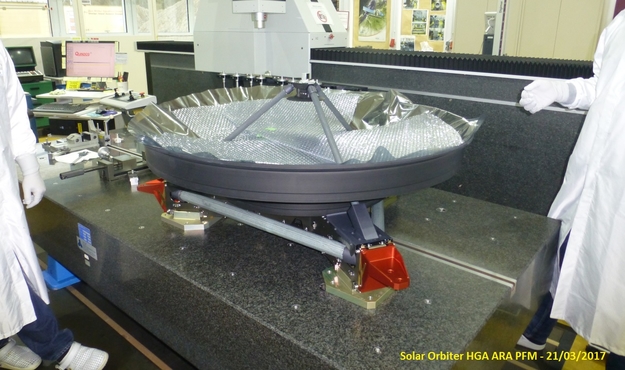 The Antenna Reflector Assembly (ARA) of ESA's Solar Orbiter mission ready for testing at Airbus in Friedrichshafen, Germany in March 2017.

The dish was obtained from a 7-cm thick slab of titanium which was heated to 940 degrees Celsius and then pressed in a mould to create a dome-like shape only 70 mm thick, and eventually reduced to about 1 mm thickness in a milling machine.