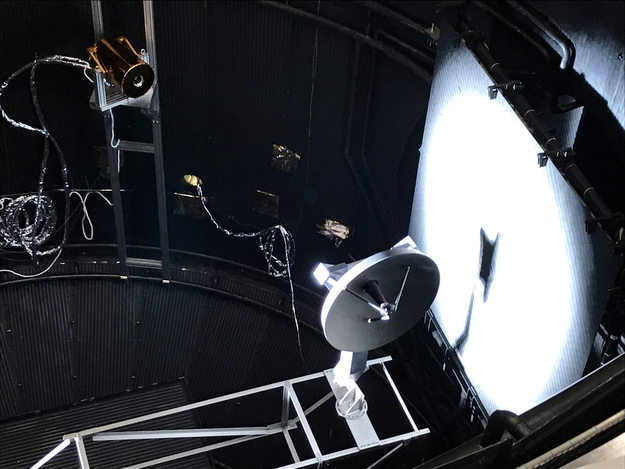 The High-Gain Antenna (HGA) of ESA's Solar Orbiter mission during a solar simulation test at ESA's Large Space Simulator in Noordwijk, the Netherlands, in June 2017. There, the antenna was exposed to an amount of solar light and heat comparable to the one it would experience during the mission, which is about 12 times higher than what is received at Earth.