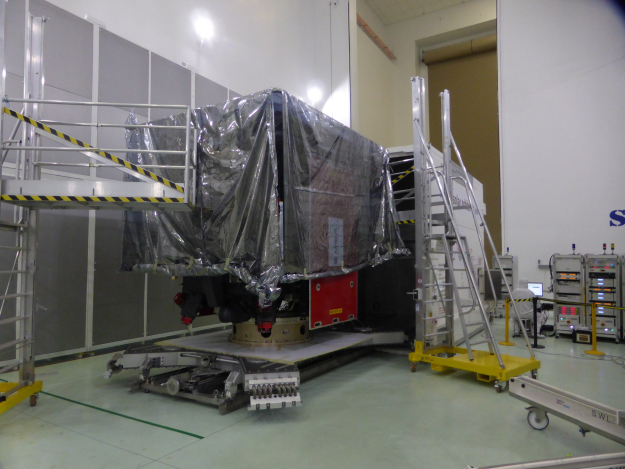 This image shows Solar Orbiter, with protective cover, exiting the shipment container at the Astrotech facility.