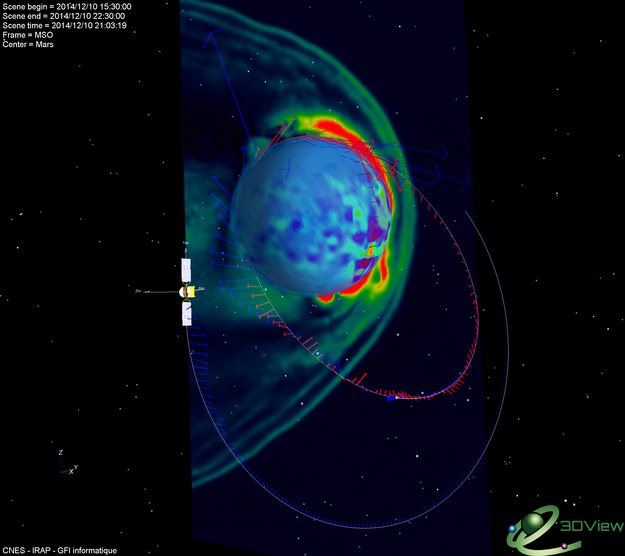 Visualisation of the martian environment showing the Mars Express orbit, as well as the magnetic field observations (red arrows) sampled by the MAVEN spacecraft along its orbit. The view also includes the simulated map of the magnetic field magnitude in the Mars-centred XZ plane perpendicular to the planet's orbit, where the X axis points towards the Sun, and the simulated magnetic field vectors along the Mars Express and MAVEN spacecraft orbits (blue vectors). Different regions and boundaries, such as the bow shock or the magnetic crustal field regions, can be identified in the image.

This image was obtained using the LatHyS set of plasma simulations and the 3DView visualization tool, which were developed as part of the Integrated Medium for Planetary Exploration (IMPEx).