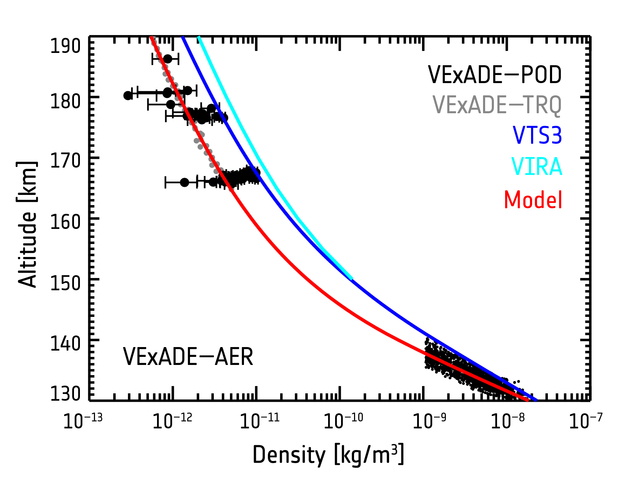 This figure shows the density of Venus' atmosphere in the northern polar regions at altitudes of 130 to 190 km. All data points were gathered during different phases of the Venus Express Atmospheric Drag Experiment (VExADE), performed between 2008-2013 (values above 165 km) and from 24 June to 11 July 2014 (values below 140 km); the black dots to the lower right were from the aerobraking phase (AER), the black dots to the upper left from the Precise Orbit Determination phase (POD), and the grey dots from torque measurements (TRQ).