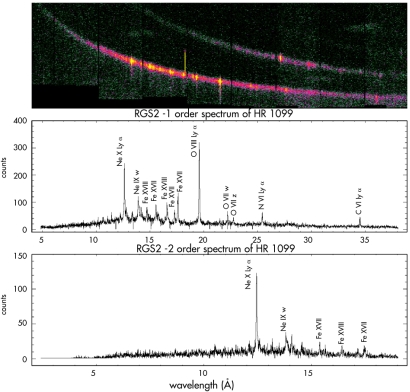 An RGS spectrum of the star HR1099. The spectrum illustrates the wealth of detail offered by analysis of data obtained by the RGS instrument. The top panel shows the detected X-ray photons plotted as a function of the position on the detector (strip of nine CCDs) along the horizontal axis and as a function of the energy of the photons, as determined by the CCDs along the vertical axis.
View »
18-Aug-2022 07:21 UT