Ariane 504 Roll Out for Rehearsal

Ariane 504 Roll Out for Rehearsal 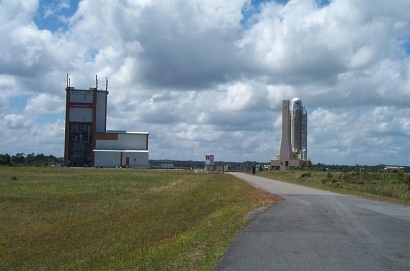 Roll out to the launch pad from the Launcher Integration Building of the Ariane 504 on its launch table. After a rehearsal of the final countdown on the launch pad, the launcher will be transported to the Final Assembly building, where the XMM satellite in its protective fairing will be integrated on top of the launcher.
View »
6-Feb-2023 16:58 UT