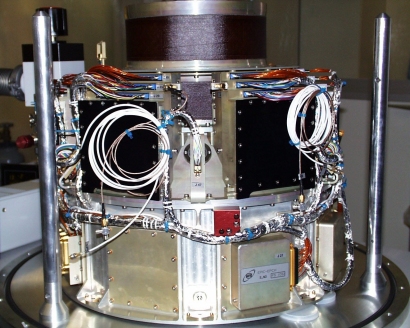 The EPIC PN detector has a single chip, whose design represents a radical departure from the integrated circuit conception of current MOS CCDs. In contrast to the MOS camera, the PN-detector has a 400 x 400 pixel matrix of 6 cm x 6 cm, monolithically fabricated on a four inch high purity silicon wafer. The 36 cm² sensitive area makes it the largest X-ray CCD detector ever built.
View »
18-Aug-2022 16:30 UT