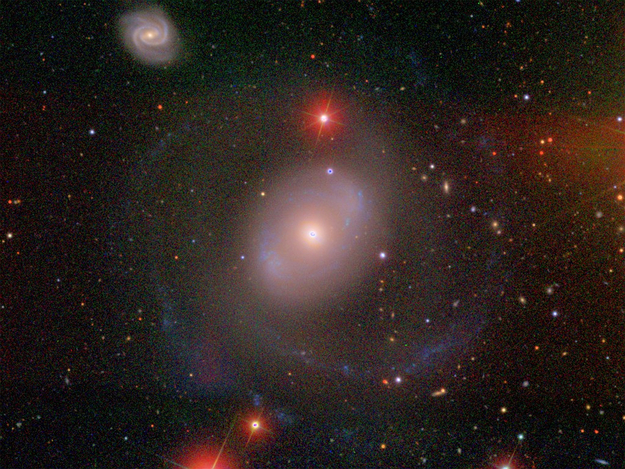 This image shows the spiral galaxy NGC 4151, located at a distance of about 45 million light years from us. NGC 4151 is a Seyfert galaxy and hosts one of the brightest active galactic nuclei (AGN) known at X-ray wavelengths. The supermassive black hole lying at the centre of NGC 4151 has a mass of about 50 million solar masses.

Observations performed with ESA's XMM-Newton X-ray observatory have revealed X-rays emitted and then reflected by ionised iron atoms very close to the central black hole. By measuring the time delays occurring in these 'reverberation' events, scientists have been able to map the vicinity of a black hole in unprecedented detail.