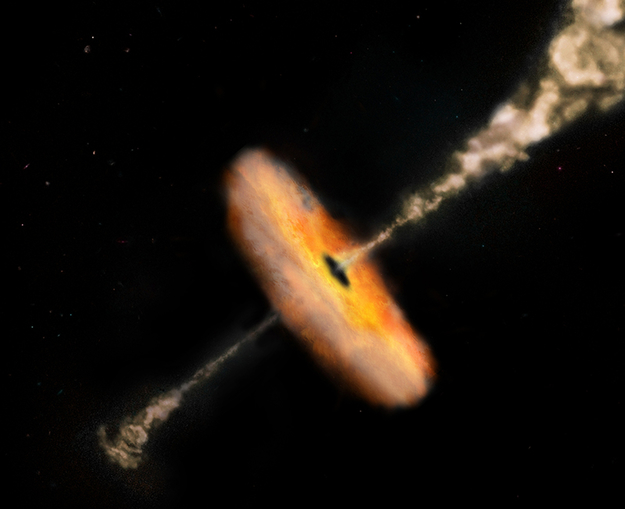 This illustration shows an artist's impression of XMMU J004243.6+412519, an X-ray binary system which consists of a stellar-mass black hole that is accreting matter from a low-mass companion star.

This source was discovered with ESA's XMM-Newton space observatory in January 2012. About ten days after its first detection, the source underwent a dramatic boost in X-rays, indicating a transition to an accretion rate close to the black hole's Eddington limit, or even above it.

Further observations at radio wavelengths were used to investigate the link between the transition to a higher mass accretion rate and the onset of radio jets – outflows of energetic particles that are launched from the vicinity of the black hole. The radio data exhibit multiple flares on timescales of just a few days, suggesting that the increase in the mass accretion rate might have triggered a 'ballistic' jet – a series of consecutive ejections of material.