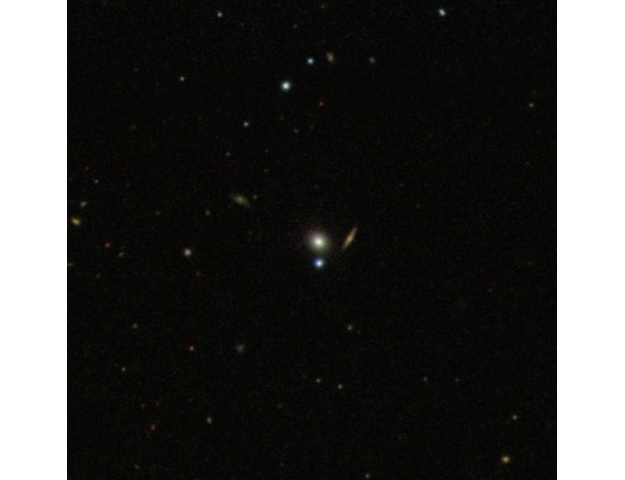 This is an optical image, based on data from the Sloan Digital Sky Survey, showing some galaxies that are part of the Coma supercluster. The yellow blob at the centre is PGC 043234, a small galaxy in which a team of astronomers detected the last 'cry' from a star that passed too close to the central black hole and was being destroyed and 'swallowed' – a phenomenon known as a tidal disruption event.

With the host galaxy located some 300 million light-years away from us, this it was the closest tidal disruption event to be discovered in the past ten years. Studying it with X-ray telescopes, including ESA's XMM-Newton, the astronomers could measure, for the first time, the physical properties of a newly formed accretion disc around a black hole.

The image measures about 4 arc minutes on each side; north is up and east to the left.