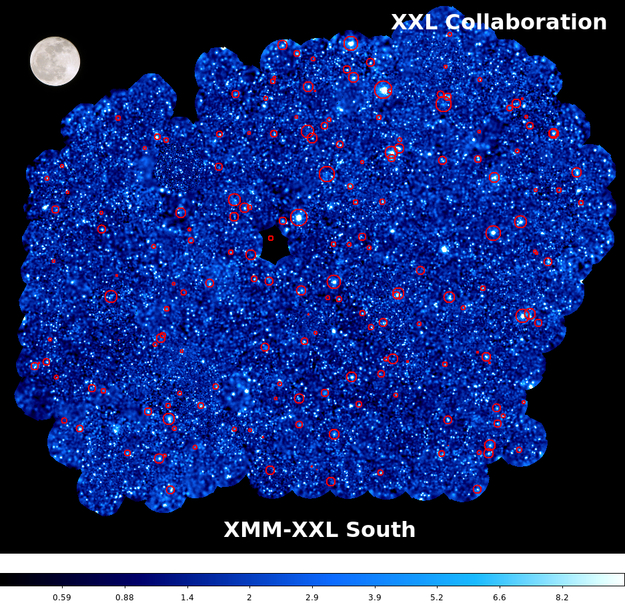 This image shows the XXL-South field (or XXL-S), one of the two fields observed by the XXL survey.

XXL is the largest survey of galaxy clusters ever undertaken and provides by far the best view of the deep X-ray sky yet obtained. The survey was carried out with ESA's XMM-Newton X-ray observatory.

The area shown in this image was obtained with some 220 XMM-Newton pointings and, if viewed on the sky, would have a two-dimensional area a hundred times larger than the full Moon (which spans one half degree), and that is without taking into account the depth that the survey explores.

The red circles in this image show the clusters of galaxies detected in the survey. Along with the other field – XXL-North field (or XXL-N) – around 450 of these clusters were uncovered in the survey, which mapped them back to a time when the Universe was just half of its present age.

The image also reveals some of the Active Galactic Nuclei that were detected in the field.

XMM-Newton at 20: The large-scale universe