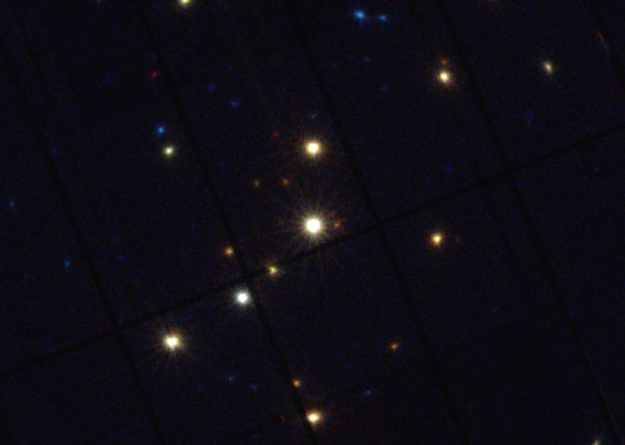 This image from ESA's XMM-Newton space observatory shows a massive star named Rho Ophiuchi A. The star, visible at the centre of the frame, sits at the heart of the Rho Ophiuchi Dark Cloud, a nearby region known to be actively forming new stars, located some 350 light years away.

In 2014, a team of scientists using ESA's XMM-Newton spotted X-rays emanating from the massive star Rho Ophiuchi A; later and longer observations from the telescope showed these to ebb and flow periodically in the form of intense flares, varying over a period of roughly 1.2 days as the star rotated. The team subsequently used ESO's Very Large Telescope to find that the star boasts a strong magnetic field, confirming its status as a cosmic X-ray lighthouse.

This finding was unexpected given what is known of massive stars and their behaviour: stars like the Sun are known to produce strong X-ray flares, but massive stars appear to be very different. In stars upwards of eight solar masses X-ray emission is steady, and no such star had been confidently observed to repeatedly flare in this part of the spectrum – until Rho Ophiuchi A.