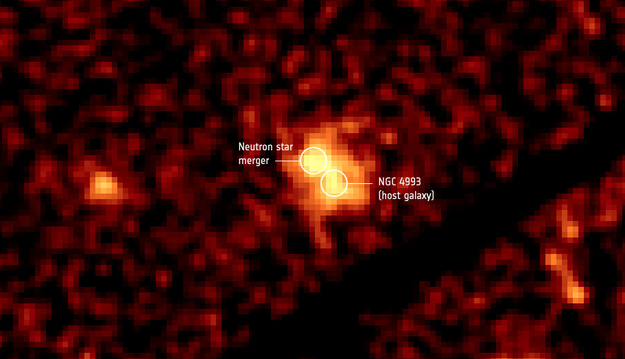 The bright region to the upper left of the galaxy corresponds to the remnant of the neutron star merger that was first detected as a gravitational wave source by the LIGO/Virgo collaboration (and as a gamma-ray burst by ESA's Integral and NASA's Fermi satellites) on 17 August 2017.

XMM-Newton observed this source on 29 December 2017, obtaining the first evidence that its X-ray brightness, after four months of constant rise, had stopped increasing. The further evolution of this system will provide new insight into its geometry and the explosion that created it.