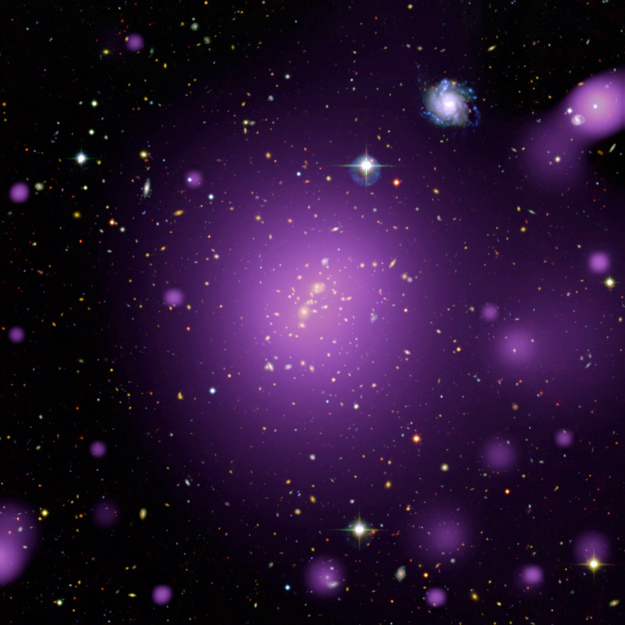 This cluster, lying at a redshift of 0.43 and with a mass of  ~ 5 × 1014 solar masses, features two dominant galaxies, suggesting that it is undergoing a merging event. The XMM-Newton data show the hot, X-ray emitting gas that pervades the cluster.

The XXL Survey is XMM-Newton's largest observational programme to date. The second batch of data from the survey includes information on 365 galaxy clusters, which trace the large-scale structure of the Universe and its evolution through time, and on 26 000 active galactic nuclei (AGN).