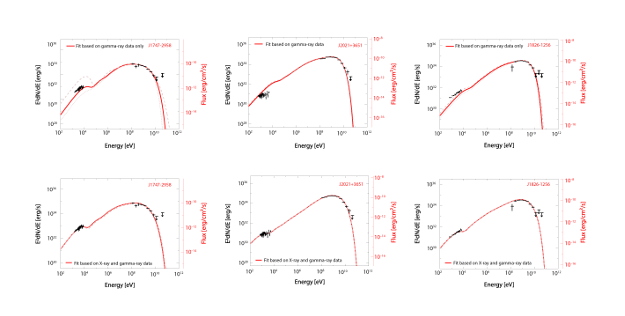 The red curve in the graphs represents the best fit of the model describing the overall emission of the sources compared to the observed data (black symbols). In the upper row, the fit was performed using only the gamma-ray data: the value in the X-ray energy range represents the theoretical prediction, which is pretty close to what was later revealed in the observations. In the lower row, the fit includes the X-ray data as well, providing a more accurate description of the phenomenon using the same model.