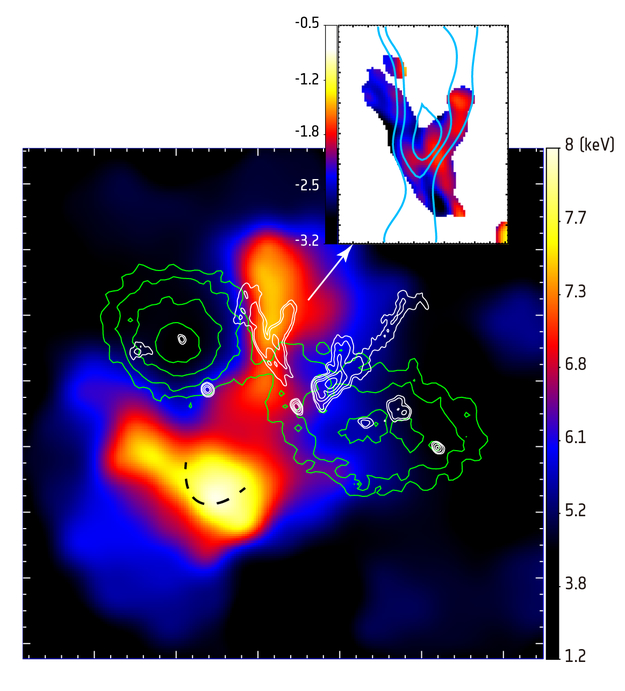 The temperature distribution of hot, X-ray emitting gas in the region around the two merging galaxy clusters 1E2216 and 1E2215, based on data from ESA's XMM-Newton X-ray observatory. The colour scale ranges from 14 million °C (black) to 70 million °C (blue) to 80 million °C (red) to over 90 million °C (yellow).

The inset in the top right, just above the bridge connecting the two clusters, shows the X-ray emission contours (light blue) overimposed on a map of the radio spectral index, an indication of the emission properties of the gas in radio waves (shown in a gradient of colours). The fact that high-energy radio waves are observed at the same location as the very hot X-ray gas indicates the presence of a shock.

The black dashed wedge-shaped line in the lower left corner and the inset in the upper right corner indicates shock waves propagating along the equatorial plane in the hot gas within the merging pair. As predicted by theoretical models and numerical simulations, these indicate that the two clusters are seen while coming into contact for the very first time – something that has never been observed before.